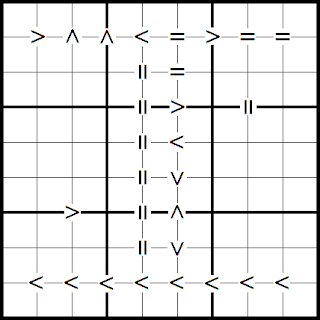 This week a puzzle type taken from Richard Stolk's V2V test at Logicmasters India. I had planned on posting this type earlier, but my attempts at making one never got anything useful. So I made other puzzle types instead, that worked out easier. But this one seemed to work well.
This puzzle is again a harder one. I had posted a few easier ones in the last few weeks. This type has again some room for me to be a bit more creative with the opening. There's a few steps that combine Killer Sudoku and Rank Sudoku to start this one off. They are still all logical steps, but it takes a bit more effort to figure them out. I still think it is an enjoyable puzzle.

As a reminder all Daily League puzzles are also solvable at SudokuCup.

The sum of digits inside each dashed cage is given at the upper left cell of the cage. A digit 'N' in a circle means that the digit in the cell is the Nth smallest number in the corresponding cage. Digits cannot repeat within a cage. 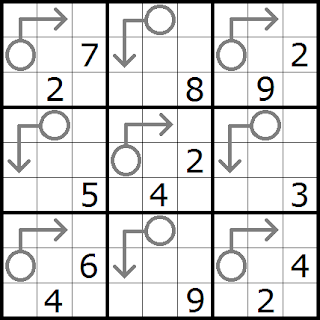 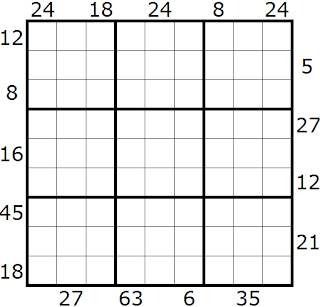 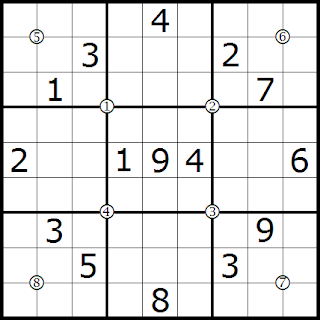