These three puzzles were originally written for the Polish Puzzle Championships being held the upcoming weekend. I aimed to write a similar set as last year, with 2 puzzles per genre. I again wrote 20 puzzles, but the test times were a bit long for a 60 minute round. I cut the Statue Park puzzles, because they didn't allow for reflection and that was the type that most likely would trip people up from that because of that.
This Summon puzzle was the original harder puzzle, but they both tested too long for their intention. So the smaller puzzle became the harder and I added a smaller puzzle to the set. I've started to like this genre better, but I still feel they somehow stay hard to solve. I think it's because it doesn't have a natural flow and it's sometimes hard to know where to look next. The logic is always solid, but it's easy to get stuck none-the-less.

Rules:
Place the given shapes in the grid so that they don't touch each other by a side. The shapes can be rotated, but not reflected. All the empty cells must be orthogonally connected to each other when all shapes are placed. Black circles indicate cells that must be used by one of the shapes. White circles indicate cells that must remain empty. 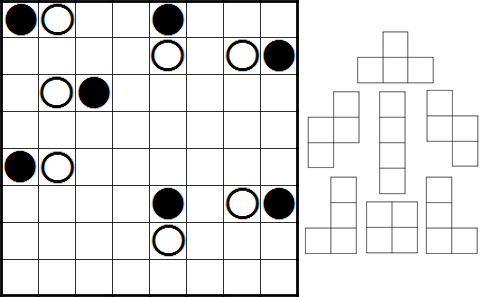 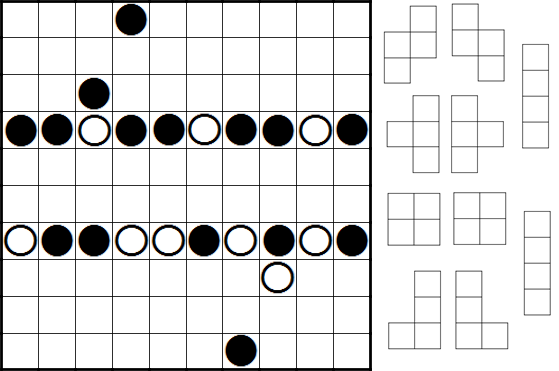 Summon
Rules:
Place digits 1, 2 and 3 once in every black-bordered region. Equal digits can't touch each other, not even diagonally. Adjacent digits within each row and column form numbers. The numbers have to be read from left to right or top to bottom. Clues at the outside of a row or column indicate the sum of the numbers in that row or column. 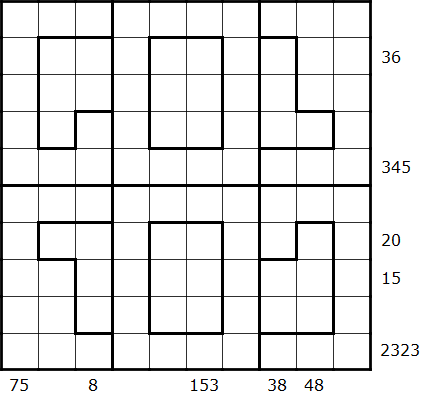