This weekend is the start of the Tapa Variations Contest 2012. It will consist of four tests in four weekends over February and March. The first test of this year is TVC IX. It will consist of 10 different Tapa variations. I've made samples of a few of the variations. I think these will make better practise than my Shapes and Sizes practise puzzle. For examples, check the instruction booklet.

My favourites in this set are the Tapa Guard and Tapa Shape puzzle. For the Tapa Guard for the fact there's no divided cells. For Tapa Shape for having a double of all shapes and using few smaller shapes.
The hardest to construct was the Total False Tapa. I was hoping to make all clues to be valid Tapa clues, but I failed for one clue.
Tapa Restoration is nothing special, but I'm not too much a fan of this variant.
Tapa Line is probably the easiest, with maybe one sticking point halfway through the puzzle. Both no 2x2 square and no more than 3 cells in a row leads to a lot of constrictions on the loop.
Battle Tapa I enjoyed constructing. I looked up to it at first. I was a bit disappointed how little information you got form the type of fleet though.
No Squares Tapa uses some interesting number combinations for this variant.
The Equal Tapa puzzle worked out very nicely. I didn't like the idea at first, but I do like my puzzle very much.
Tapa Trimino has its tricky points, but still an enjoyable puzzle.
I'm still working on a Digital Tapa puzzle. It might be ready later tonight. It's a struggling process. I didn't have that much time to work on these. I already delayed posting an hour.

You can find the puzzles below. 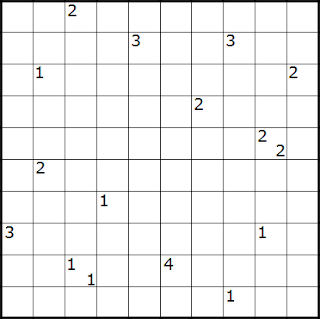 Regular Tapa rules. Additionally, there may not be four consecutive coloured cells in any row or column. Regular Tapa rules. Additionally all white cells should be occupied by the given fleet. Ships can't touch eachother, not even diagonally.

Follow regular Tapa rules. Additionally the wall should be made of the given triminoes, without overlapping. the trimino may be rotated and mirrored. 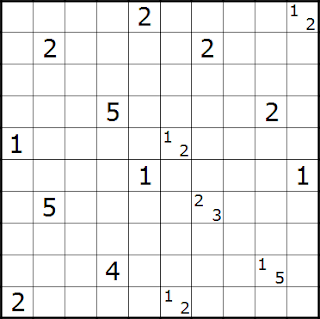 Tapa clues have 2 functions:
1 - They function as normal Tapa clues.
2 - They indicate how many coloured cells can be seen in the corresponding directions. A digit in an undivided cell, may observe in any of the four directions. 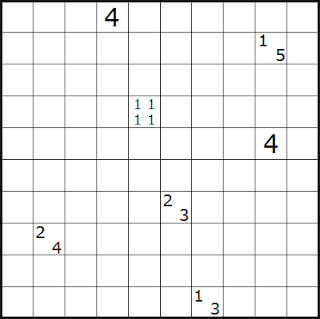 Follow regular Tapa rules. Additionally, regions of the same shape should have the same appearance when it comes to the black cells. Rotations and reflections are considered the same shape. 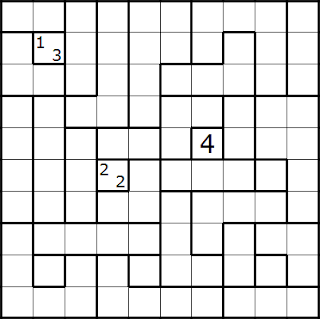 Use regular Tapa rule. Additionally, there have to be the same amount of coloured as white cells in the solution. Clue cells are counted as neither. 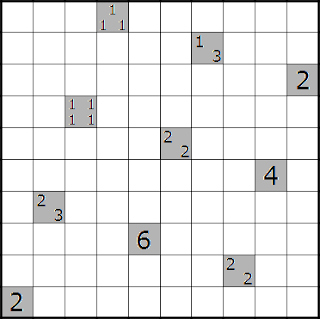 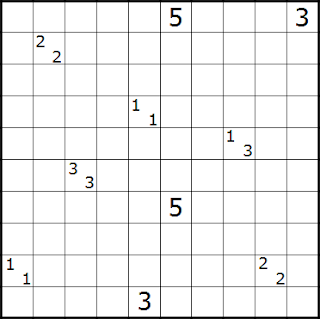