This is another simple idea by Naoki Inaba. I enjoyed his puzzles a lot, so I figured I'd give them a try too. They're harder to design than I thought. So I start off  with an easier puzzle. I changed the layout a bit to coincide with other genres like Masyu. I think people will remember more easily what each symbol represents this way. For his puzzles a circle is a corner cell, a triangle is an edge cell and a cross is an end cell. 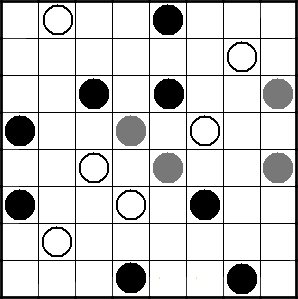 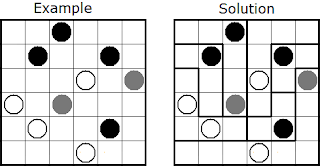 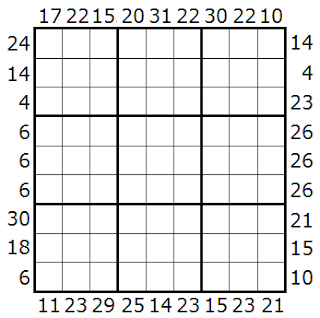 I got good feedback from this puzzle type when they were published in Akil Oyunlari. So here's another one. The puzzle is of the same difficulty as the ones in the magazine, not too difficult but still a bit challenging. I think that's what most of these puzzles are like. 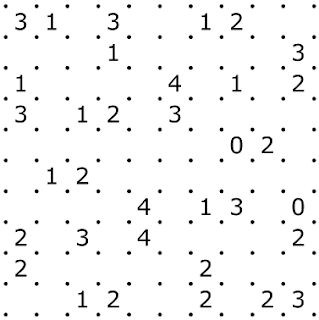 This weekend has been a busy one puzzlewise. It was also a good weekend for me. It was the first time I've done as well as I wanted to do. I won the puzzlefountain competition. At the point of writing this, which is Monday evening, ranked 4th for the puzzle marathon at Logic Masters India, while being fastest for 2 of the puzzles. And I had a good showing on the German Sudoku qualifier even though I lost 10-15 minutes at the start trying to figure out why my printer wouldn't print, while eventually finding out I plugged the USB in a non-USB port. In between that I've been having fun with this month's optimisation puzzle at Logic Masters.de. I recommend giving it a go. It's a fun challenge.
As for this puzzle, it's of medium difficulty. I like the twin concept for heyawake like puzzles. 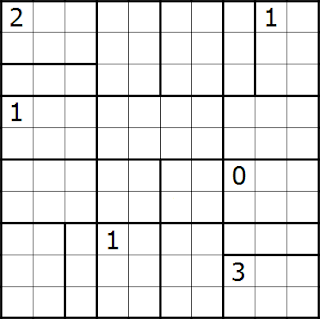 I had actually thought of this idea myself at first. I figured it would be the logical combination between Slitherlink and Line of Sight. I couldn't really get them to work very well though. Then I spotted the same genre on Naoki's website. After doing his puzzles I got a bit of an idea how to work the genre properly. This first puzzle has some standard deductions concerning the corners that you'll need to learn to solve these puzzles. 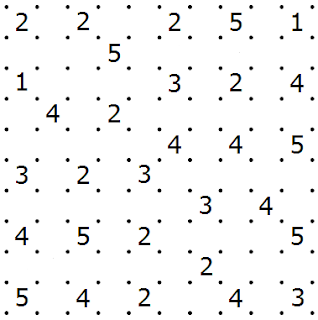 Draw a single closed loop by connecting dots horizontally and vertically. The numbers in the grid indicate the total length of straight line segments touching their square. 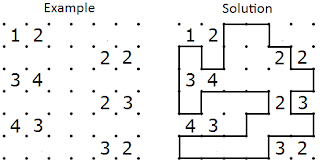 The trouble I have with making easier puzzles in this genre, is to keep them interesting. I like to always have my puzzles to have something interesting. I think this one is about the same difficulty as the first puzzle I posted. 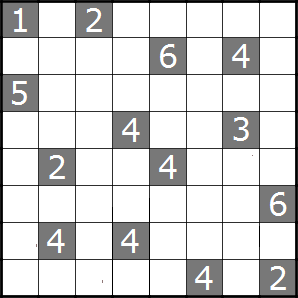 I know my production has faultered a bit since the holidays. It's been a bit of a busy period. I'm now going to try to post 3 puzzles per week. One on Tuesday, one on Thursday and one in the weekend.
I'm starting this off with a Line of Sight puzzle. It's still a genre I really like. I tried to incorporate some standard tricks that show up in these puzzles. I think it worked out nicely and I especially like how it finishes. 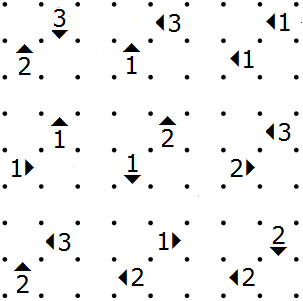 I always liked the toroidal idea for loop puzzles. As I understood from Mathgrant's post Nikoli has published a Toroidal Yajilin too. I was somewhat curious how the clue execution worked. I spend a while considering if it was appropriate to let the clues end on the non-existing edge of the grid. But I figured the puzzle should actually be able to be posted on a torus, so the clues have to point past edges.
I made a few of them to test out how to best construct them. This was the easiest to come out of it. I figured I should first post this one for a change as a lot of times I introduce something new with a (too) hard puzzle. It's still tricky to solve because of the toroidal nature. Especially the deductions that span over the edges can be hard to see. But I didn't really see how to avoid that. 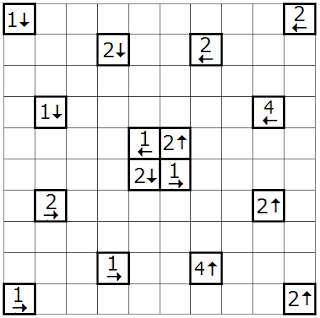 This Corral is the hardest I have posted on this blog so far. This is mostly cause by the end of the puzzle. The opening is relatively standard, with a nice bit in the left top corner. The clue arrangement leaves room for some deductions I hadn't really used before. The interactions lead to a hard middle section. 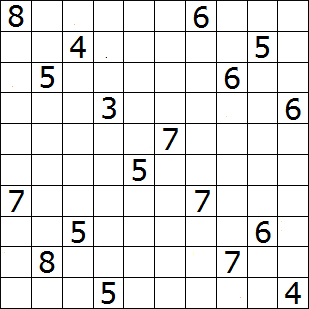 This weekend there will be Richard Stolk's Shapes and Sizes test on Logic Masters India. This is one of the puzzle types that will feature in the test.
The twin sums concept I first encountered on a Dutch Sudoku Championship. I really enjoyed that puzzle then. I hadn't come across any since reading the instruction booklet. The original puzzle employed standard Sudoku grids. I think using different jigsaw grids is actually an improvement. It removes the ambiguity of which grid will hold which solution. So I figured I'd try my hand at designing one. I think the result turned out pretty well. I think the puzzle is pretty tricky and am thus not sure how it relates to the difficulty of the test. It will still be some good last minute practise before the test, if people want it. Otherwise just enjoy it on your spare time.

Place the digits from 1 to 7 in every row, every column, every boldly marked area and the grey cells of both empty grids. The numbers in the top grid indicates the sums of the digits in that position in both grids.

I had some trouble choosing a genre with a 0, as it is negative information. There were 2 genres that cam to mind and that were Heyawake and Akari. As I haven't posted any Akari puzzles before on my blog, I figured it was a good one to start the new year with. I am not very skillful in constructing (or solving) Akari puzzles. This puzzle therefore is easy. I like how it looks and solves though. Just remember the one rule when you start. 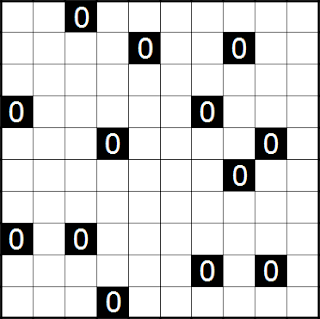