Today's puzzle is a Skyscraper Sudoku variant. This is a more Logic Puzzle variant of Sudoku. I normally would represent this as a Regional variant of Skyscraper puzzles. The Sudoku part doesn't often come forward as much as the Skyscraper part during the solve. But as I always like Skyscraper Sudokus, I figured I'd make one too. This variant sometimes has all possible arrows given, but I prefer it without this rule. A lot of the smaller numbers end up being unnecessarily given an arrow there, although the negative information is also fun to use. I just prefer it this way.
I had set up this opening a few weeks ago, but I was not able to finish the puzzle successfully. After a few more tries, I came up with this puzzle. I was originally intending to make the clue arrangement symmetric, but as you can't just put a clue everywhere that caused some problems. This was the point where the puzzle ended up being unique. I liked the way it solved at the end, with a somewhat tricky step to finish the puzzle. So that's why I settled for this one. I had a little trouble finding a satisfying layout, but I think this one should do. If someone has a suggestion that could work better, I might change the image. Having said that, enjoy the puzzle.

In this Sudoku each digit indicates the height of a Skyscraper. Digits in cells with arrows indicate the number of buildings that can be seen in the direction of the arrow from that cell. Taller buildings block the view of smaller buildings. 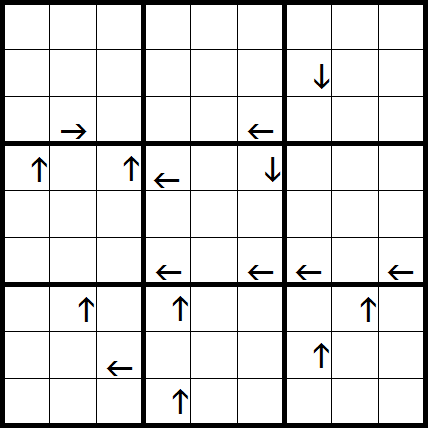 Today's Sudoku is themed around today's date. As the date is a palindrome, the choice of Sudoku was easy. I chose for the combination with Killer Sudoku as I could use 21 and 12 easily in that variant.
The puzzle has a somewhat complicated opening. But I hope that people will understand where to look considering the choice of combined variants. If not, I guess there's very little to get in this one. But when the opening's finished, the solve should solve without much problems.I'm still happy with the Sudoku overall. I think the 21/12 layout of cages looks really nice and the way the palindrome resolves the obvious non-uniqueness worked out really well. I hope people will feel the same. Enjoy.

Instead of given numbers, you now have a few dashed cages. The number in a cage indicates the sum of the digits in the cage. Digits can't be repeated in any dashed cage. Additionally, digits along a grey line must form a palindromic sequence. 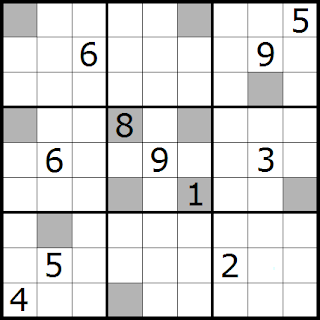 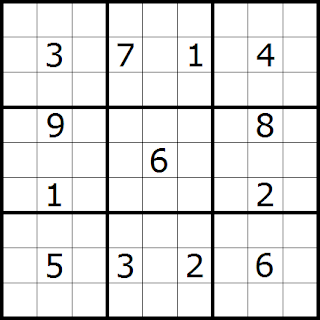