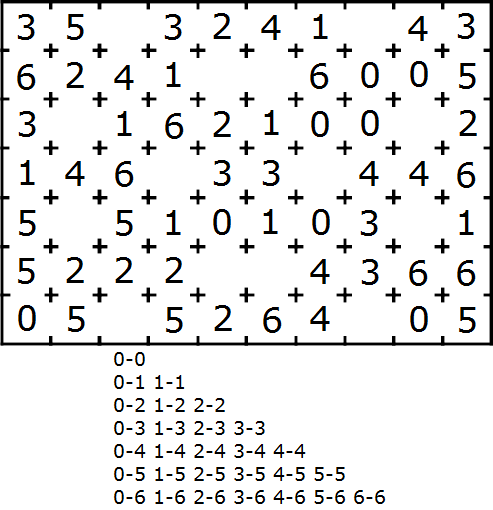 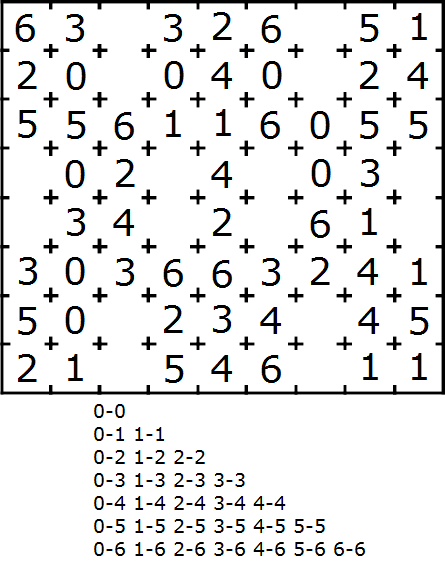 Today the second puzzle that wasn't used in the WPC. This is a Blind Spot puzzle. It's actually a size smaller than the puzzle used at the WPC, which was 7x7. But I actually think this was the harder of the two puzzles. That's why the larger puzzle was used in the WPC. I like writing these puzzles, but I think they can be tricky to solve as the logic is a bit unfamiliar compared to other Latin square type puzzles. 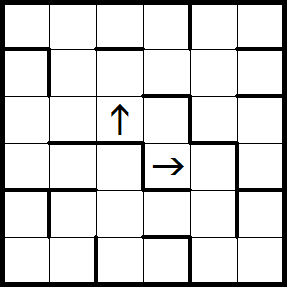 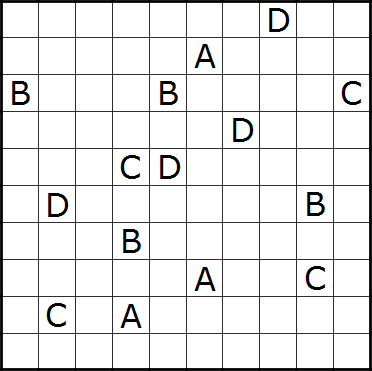 Last weekend was the ZeKa competition in Croatia. It featured both a individual and a team competition this year. The individual competition was won by Goran Vodopija; Marko Obradović and Dragan Tolomanoski finished second and third respectively . The team competition was won by Dragan Tolomanoski, Bojana Vojnović and Vanja Fornazar.
I provided one of the Team rounds this time. The theme of the round was Imposters. The round consisted of four classic puzzle types. Each type had 4 puzzles, where one of the puzzles was an Imposter. It wasn't actually solvable as that puzzle type, but was solvable under a different set of rules. The rules of this puzzle was provided. The imposters weren't designed to be logically deduced, but purely intended to break down under the original rules.
The four puzzle types were LITS, with Double Back as imposter; Shikaku, with Corral as imposter; Skyscrapers with Haido as imposter; Slitherlink, with Turning Fences as imposter. Two of these combinations have appeared on my blog as a Double Trouble puzzle. One of them appeared as such on Grant Fikes' blog. The other is probably possible as a Double Trouble puzzle, but haven't tried that yet.

Puzzles can be found below or in the following PDF.

Divide the grid in a number of non-overlapping rectangles along the grid lines. Numbers in the grid indicate the size of the rectangle they are in. No rectangle can contain more than one number. 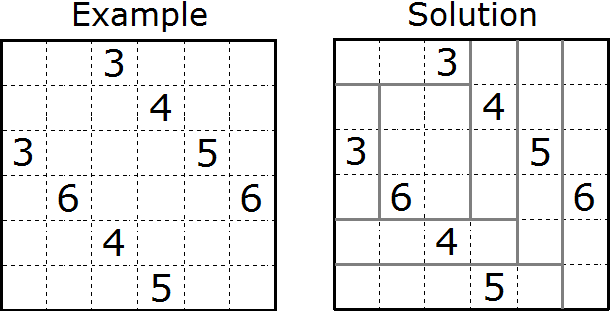 The LMI Marathon puzzle that was solved during the competition was actually the second version. In the first version I put in some stuff that came naturally to me for this genre, but stumped the test solvers. That's why there was an easier second version, which still took a relatively long time for the test solvers. That was why I added the Tutorial on my blog, just so people would realise the basics that I had figured out when designing these puzzles.
Here is the first puzzle I wrote. There are a few similarities to the second puzzle as I kept the bits that were solved quickly in the first test solve in the puzzle. It has the same layout as the second puzzle. For those who hadn't figured out the layout, the givens are in the shape of 25 letters that spell out TURNING FENCES LMI MARATHON 3 in an inward clockwise spiral. The 3 shape is made up completely of 3's.

Enjoy, but take some time to get through it logically.