I didn't have very much inspiration this week to create a Sudoku, so I stepped back to a familiar type. I generally like Anti-Knight Sudokus. This one I constructed with a computer program as backup, to make sure that the there were still valid solutions. This means that when I can't find a valid solution, I check which of the givens I placed led to a situation where there no longer is a valid solution. This saves me from having to backtrack a lot as it can happen that you place multiple givens without being able to see that there is no longer a valid solution. I think the puzzle turned out nice. Enjoy.

In this Sudoku, two cells that are a Knights move away from eachother are always different. 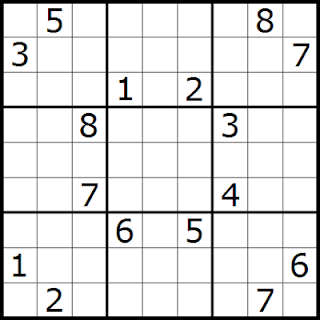 This week no complicated rules but just a Jigsaw Sudoku. I like writing Jigsaw Sudokus. I always try to get the total clue count to 16 or less. I tend to draw out the cage patterns and not all Law of Leftover areas before starting so I can use it when needed. I feel it always helps the design along when you keep good track of that. I don't think the puzzle has anything special, but it's still fun to solve. 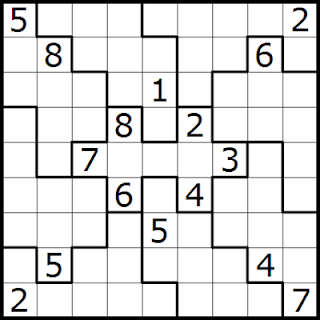 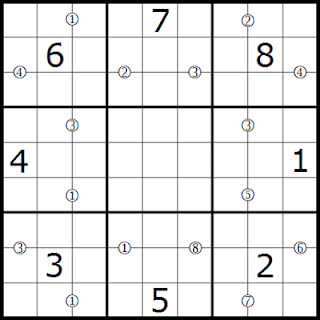 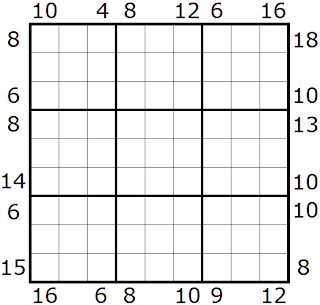