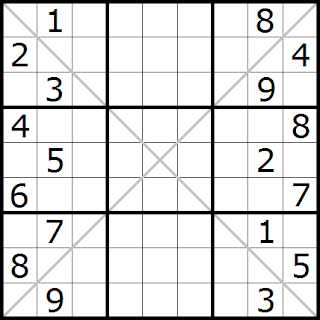 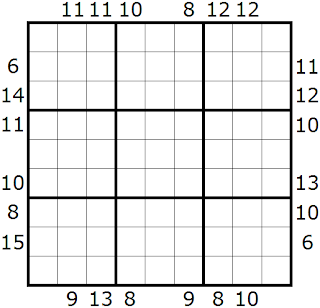 I should be in Australia by now, getting used to driving on the left, kangaroos and koalas, still not liking meat pies and trying to understand what cold means in Australia. This post is written 6 days ago though, so I might be completely wrong.

These two puzzles I have also written earlier. Checking the number of tags on my blog, it's no surprise that I would have chosen to write Yajilin and Pentopia puzzles. They're just types that come very easy to me and I always find fun to write and hope people actually like to solve. But they generally seem well received. Pentopia featured on the USPC this year, after also featuring on the WPC last year. They've also been published in Breinbrekers. So I guess that means it is getting more exposure than just my blog.
The puzzles are pretty good. The first one is a 10 clue puzzle that has a fun opening, but I couldn't get it unique with that 10th clue in a symmetrical position, so I moved one of the clues to acchieve a unique puzzle. The second puzzle has an easy opening, but takes a bit more finesse to finish. 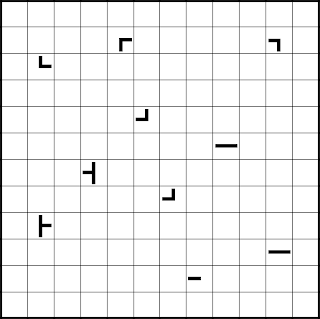 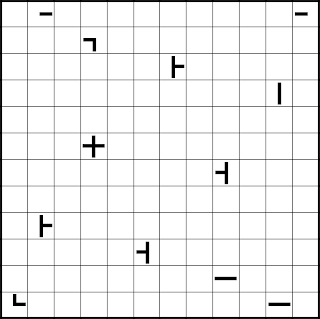 At the point of this post I'll probably be somewhere above Asia. I'm too lazy to properly work out where my plane should be. I'm flying to Australia today. Hopefully there will be no problems and I'll get through customs there without any problems. Watching those border control shows really makes it look a bit scary. But I'm smart enough to not stock half my suitcase with food, so that should be okay, right?

The puzzles I'm posting today I made a while back, but never ended up being used where I made them for. As I now know they won't be in there, I can safely post them here. I think they worked out well. The first one was intended to symmetrical too, except I couldn't make it unique with the opening I had used. But then I noticed I could make it unique if I were to remove one of the clue squares. I think it worked out well. The second one uses some logic I don't often manage to put in these smaller Yajilin puzzles. I'm not sure if it will get noticed though. I think it works out nicely and is very reminiscent of my other Yajilins. 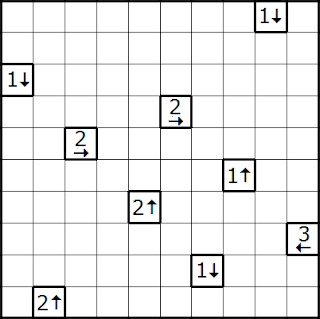 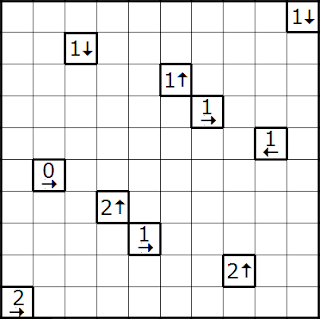 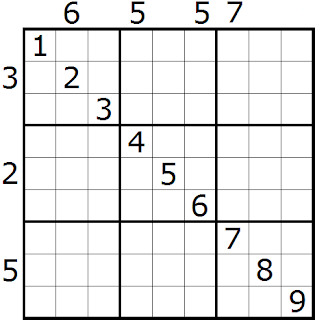 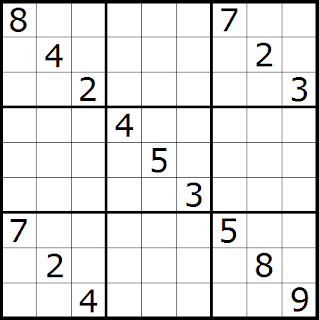