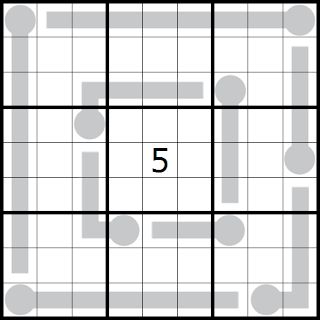 Upcoming weekend will be TVC XIV on Logicmasters India. I'll be trying to write an example of each puzzle type like last year. I missed TVC XIII as I was a bit late realising it would start and had other puzzles to write at that moment. Puzzles will be posted over the next few days.
I'm using this post to direct you to some of the previous examples of some of the variants used.

This weekend a combination of two standard Sudoku variants. Although I wouldn't say it's a standard puzzle for either variant. When combining different puzzle types or variants, I think it's important to make sure they come into play together and aren't just in the puzzle together. So for this puzzle I chose a cage layout that could never work in a standard Killer Sudoku, as it could never be unique. But the Jigsaw layout allows you to use this cage layout. This puzzle also uses a tricky set of opening moves that you wouldn't normally see in a Killer Sudoku. I think this is again a harder puzzle and the opening will probably stump a few people, but it's clear logic once you find it. I promise next week I'll come with an easier puzzle. Enjoy! 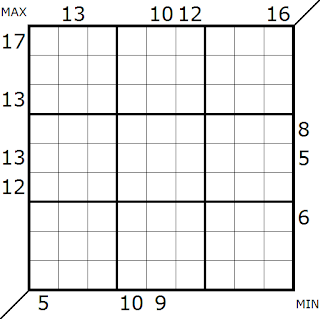 World Puzzle Championship 2013: 80 puzzle around the world and blog

Here are some announcements about the 2013 World Puzzle Championship.

This year's WSC/WPC will be held from October 12th-October 19th in Beijing, China. Any additional information can be found on http://wscwpc2013.sudoku.org.cn/.

There will also be a blog with information specifically about the World Puzzle Championship hosted by the Hungarian organisation on the following link: http://wpc-2013.blogspot.hu.

Lastly, there's a new initiative tested in this year's WPC. There will be numerous outside puzzle contributing teams, each preparing a set of puzzles to solve. This round is called "Around The World in 80 Puzzles", a play on the famous Jules Verne novel. There are four contributing teams, from four different countries, each providing a set of 20 puzzles each. One of the four sets is provided by me and three other Dutch puzzle authors: Hans Eendebak, Tim Peeters and Richard Stolk. If you want to read more about it, you can on the following link: http://wpc-2013.blogspot.hu/2013/08/around-world-in-80-puzzles-introduction.html.
Posted by Para at 02:17 No comments: 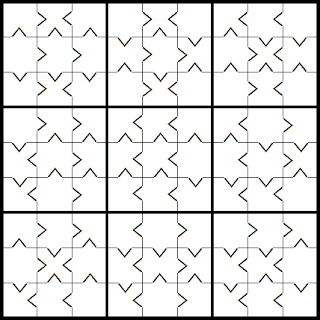 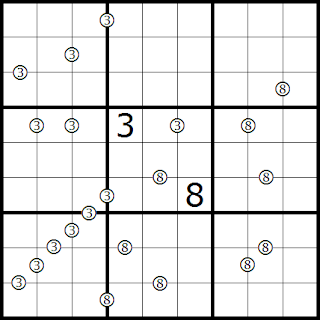