While going through my puzzle files, I came across the Slovak Championships folder. I realised I had never shared these puzzles on my blog. So I figured I might as well share them now.
I was contacted by Zuzanna Hromcova to write puzzles for their championship. We were given a number of categories to write puzzles in. One of the categories was non-grid puzzles, for which I provided three different genres; namely ABC Decoder, Dice and Mastermind. Dice and ABC Decoder are types I enjoy writing; Mastermind I didn't have that much experience with. But it was something I'd like to give a go.
The other categories I picked were Latin Squares and Division puzzles. For each type we had to write a standard genre and a variant on the genre. I picked Skyscrapers, with Haido as the variant. I like Skyscrapers and I thought Haido still had part of the Skyscraper logic, but used differently enough to make it not like solving four skyscraper puzzles.
For the Division set I picked ABCD Division, with Sum Division as the variant. It's a type I have seen a lot when I first started puzzling, but I haven't really seen it much since. I thought sums was an obvious variant, but I haven't really seen it this way much. I have seen a similar variant where the grid has to be divided into a complete set of pentominoes, but not really without this restriction.

I tried to put a bit of theming in the non-grid puzzles. I wrote a few nine digit ABC Decoders for the 2014 24 hour championships, and I thought that was a good size to use in a championship. The letters spell out THE SLOVAK, which was the nicest way I could use nine different letters to write something Slovakia related. I found some words with opposite meanings in the letter set, so I used those. I think it turned out well.
I used a similar opposites theme for the Dice puzzle, with an addition of 5 words to make it unique. I think not all words are necessary for uniqueness, but it solves pretty well this way.
The first Mastermind puzzle looks really nice, with a sequence of numbers and only white circles it solves really nicely. The second one was merely an attempt to construct a nice logical 5 digit puzzle.

I thought both Skyscrapers puzzles turned out nicely. The first puzzle uses three 4s and three 5s. The second puzzle has a trio of the same digit on each side. Of course I couldn't use four different digits as these are the only three digits you can have three of the same clue on the same side in this size.
I find it hard to theme Haido puzzles as the clues are a bit limited, but they both have nice logical paths.

The first time I saw an ABCD puzzle this way was at a Dutch championship. It was a bit of a surprise then. I wrote a similar puzzle for puzzlepicnic once and I thought it would be fun to include one for the championship. The ABCDE puzzle is a standard layout and I think it solves well.
The sum puzzles were a bit hard to work out openings at first as there are so many ways to reach the sums. So I went with obvious opening digits for both puzzles to then work back to more ambiguous digits towards the end. I think they both turned out well.

The digits 1~9 are encoded by the given letters. The number behind each word is the sum of the digits for its letters. Figure out which digit is encoded by which letter. 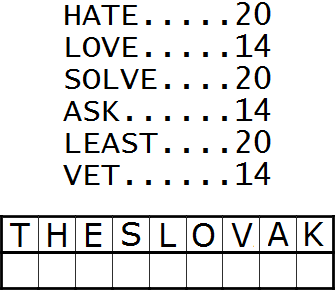 You are given a set of four dice. Each die has six different letters on it, one on each side. No letter appears on more than one die. The given words can be rolled with these four die. Figure out the orientation of the four dice. 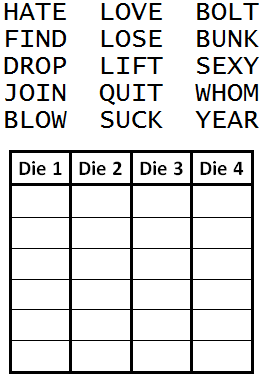 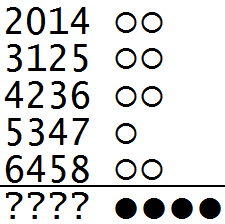 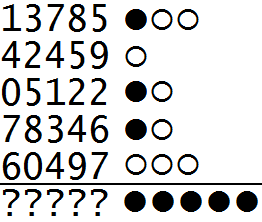 Place digits 1~6 in the grid so that each digit appears once in every row and column. Numbers on the outside indicate the amount of digits that can be seen when looking from that side. Larger digits hide smaller digits from sight. 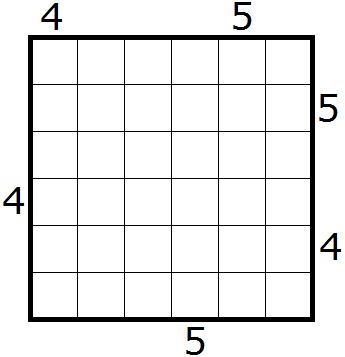 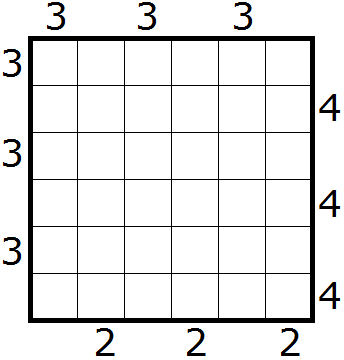 Place digit 1~6 in the grid so that each digit appears once in every row and column. Numbers on the outside indicate that this digit is visible when looking from that side. Larger digits hide smaller digits from sight. 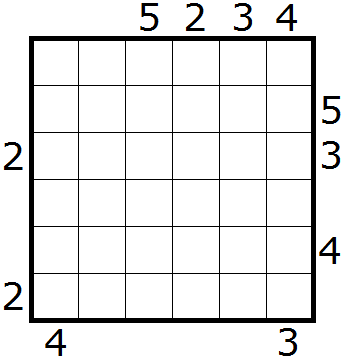 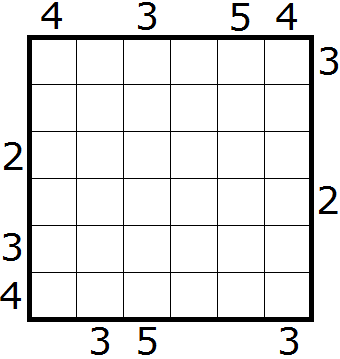 Divide the grid into regions along the grid lines so that each letter appears once in every region. 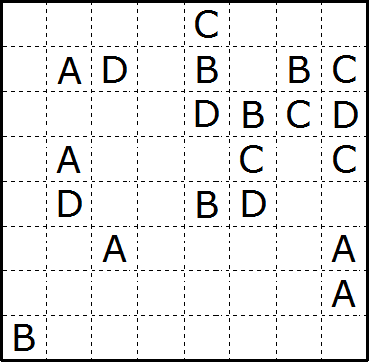 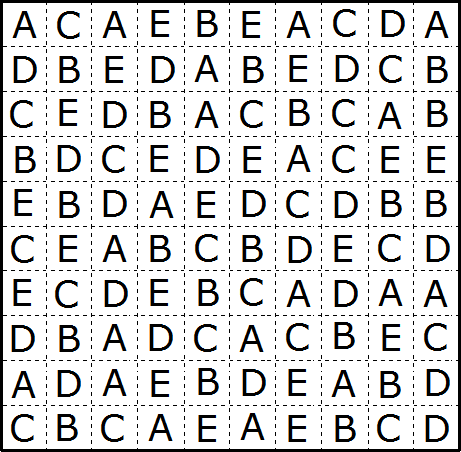 Divide the grid into four-cell regions (tetrominoes), so that the digits in each region sum to 10. 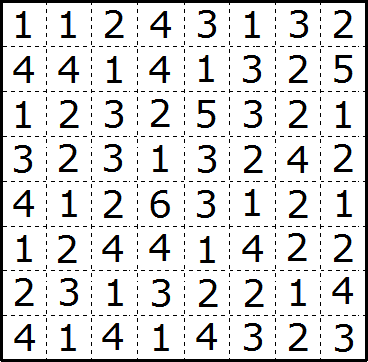 Divide the grid into five-cell regions (pentominoes), so that the digits in each region sum to 14. 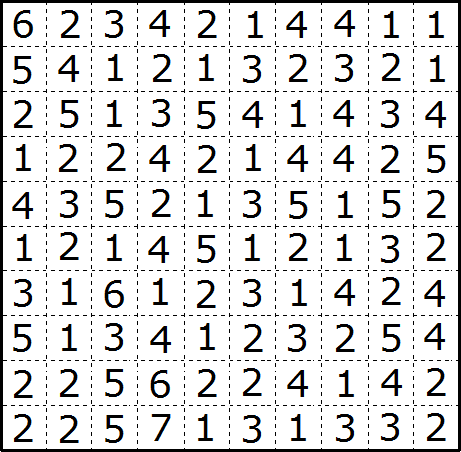