Here's another Ripple Effect puzzle. It's been a while since I posted one. this is mostly caused by the fact that I've been writing Ripple Effect puzzles for Breinbrekers as well. It's not always easy to find good openings for clueless grids. It also helps to not make any errors. The construction took a while as I had made a mistake very early on and didn't notice after finishing the puzzle on my fifth try. Took me another four attempts to fix that mistake correctly. But in the end I think the puzzle worked out well. I have used a similar opening before. It's moderately hard, as most my Ripple Effect puzzles are. 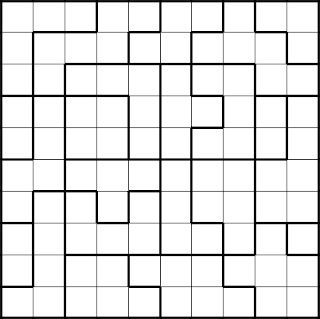