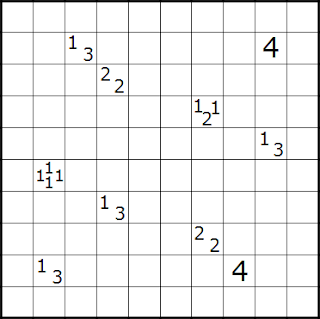 Follow regular Tapa rules. Additionally, some nodes have clues. These clues represent the number of cells that have at least one turn of the Tapa wall. A turn means that if the wall was drawn as a line, the line turns 90 degrees in some cells. 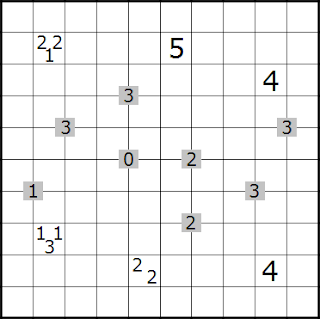 Follow regular Tapa rules. Additionally, the clues give the number of letters in the actual Tapa clues. 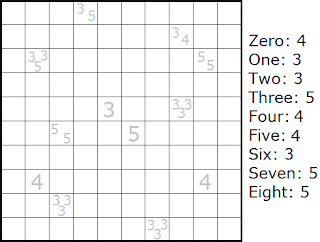 Paint over some (or all) of the Tapa clues and solve the puzzle following regular Tapa rules. Blackened clues have no meaning. 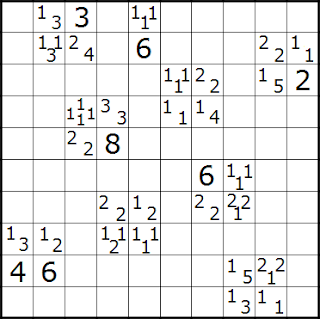 Follow regular Tapa rules. Additionally, all clues not only function as Tapa clues but are also part of the Tapa wall and the sum of the clues represent the number of blackened cells that can be seen horizontally and vertically from that clues cell, excluding the cell itself. Empty cell blocks block the view. 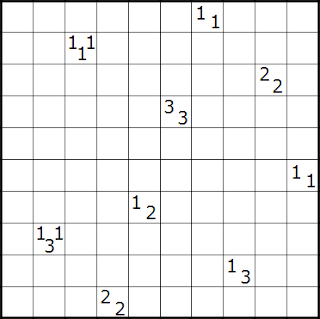