Follow regular Tapa rules. Additionally, draw a loop through all blackened cells. The loop cannot pass through a cell twice. 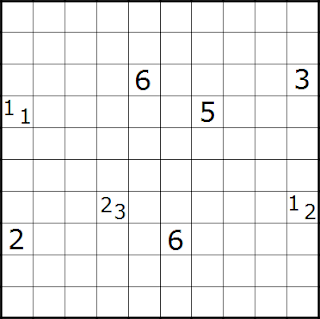 Follow regular Tapa rules. Additionally, the clues don't function only as regular Tapa clues but also serve as a clue for the blackbordered region they are in, giving the contiguous blocks of black cells in the region they are in. Each region contains at most one clue and there are no restrictions on unclued regions. 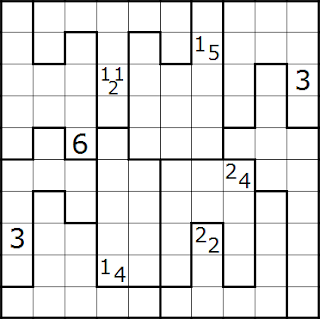 Follow regular Tapa rules in each grid. Additionally write one or more clue numbers into each marked cells and then copy them into the corresponding cell of the next grid in the cycle.

Follow regular Tapa rules. Additionally the Tapa wall should be made up of the given pentominoes. Each pentomino can be used once. Pentominoes may be rotated and/or reflected.

Eliminate one digit per clue cell. Then solve the puzzle under regular Tapa rules. 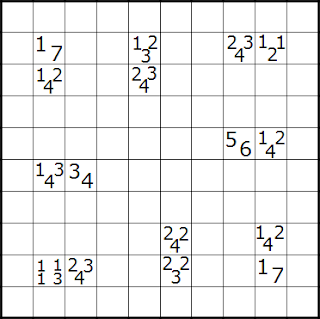