Two weeks ago was the Dutch round of the WPF Grand Prix 2016. I wrote all the puzzles for this set, both the casual and competitive section. The sets can be found on the following links: Casual and Competitive. Not all puzzles I had written were used as the set, either because they were not needed or were too difficult. This post contains the puzzles of one type that weren't used.

This post will contain Turning Fences puzzles. I enjoy this genre. The puzzles always are fun to write for me. I've done a lot of these puzzles and have figured out pretty well how the genre works. I wrote a tutorial for this genre a while back, which might be useful when doing these puzzles. I changed the layout a bit as I thought this was easier for notation than using the Slitherlink layout.
The puzzles aren't the hardest I've written, but I thought that would work better for the GP. The first puzzle is pretty straightforward. It only has even clues. The second puzzle has a simple opening, which leads to a harder finish. I wanted to leave the middle blank. To guide the loop through the clueless middle, I needed to make the end a bit harder to get it unique. The third puzzle is a bit more even in difficulty. It has one important step in the middle of the solve, but the rest should be smooth. 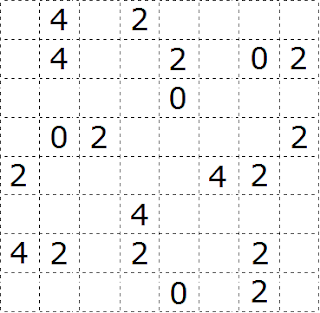 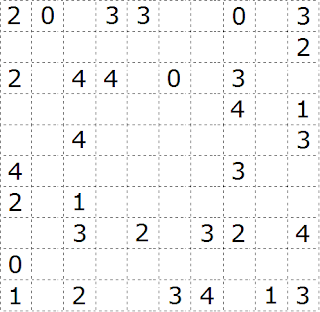 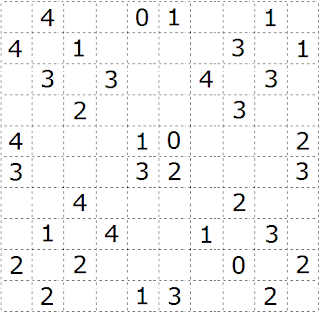