Two weeks ago was the Dutch round of the WPF Grand Prix 2016. I wrote all the puzzles for this set, both the casual and competitive section. The sets can be found on the following links: Casual and Competitive. Not all puzzles I had written were used as the set, either because they were not needed or were too difficult. This post contains the puzzles of one type that weren't used.

This post will contain three Tapa puzzles. These puzzles were written in case a simpler genre needed to be added. Neither of them is particularly difficult, but they still are pretty nice. I thought the first puzzle had an interesting kind of symmetry. The solve is not too hard. The second puzzle worked out okay. I added more clues than I normally would. There's a few places to start and they al come together in the end. The last puzzle is a nice 10 clue puzzle. It's a low clue count for a 10 by 10 puzzle, especially with a symmetric clue distribution. The solve worked out pretty well. 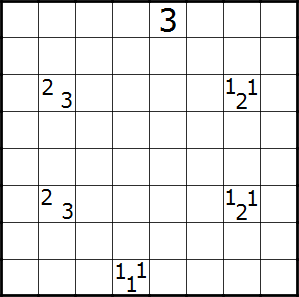 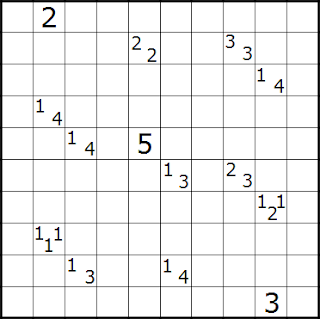 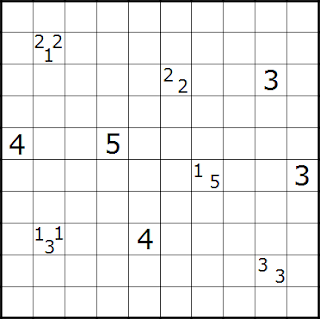