This week is a week full of puzzles on my blog. That is because the last two weekends there were two championships to which I contributed puzzles. Today I will post all puzzles from the Polish Puzzle Championship and Thursday will feature my puzzles for the UK Puzzle Championship.

For the Polish Championship I employed a copycat theme. The puzzles came in pairs and each pair of puzzles had a similarity in the layout. Most of these types are very closely related in the puzzle type. The only pair that really isn't very close to the other were the Star Battle and Heyawake. I was happy to see that the puzzles were printed on bordering pages in the puzzle booklet, so solvers might notice the similarity.
The idea somewhat accidentally happened. I had made an easy Akari puzzle and wanted to make a harder regional Akari and opted to make one with the same black squares. When I finished those I wondered if I could keep doing that and went with a Liar Loop/Maxi Loop combo as that seemed most easily acchieved. And I'm pretty comfortable designing those, so made two with the same regions. The next puzzles I made were the Capsules and Ripple Effect puzzles, I posted earlier which ended up testing too hard. I really like constructing Ripple Effect puzzles, but clearly not that skilled at making them competition difficulty. I looked through my Double Trouble collection and thought Turning Fences and Slitherlink should be easily made look similar. I chose the same clue positions and about half the clues are the same. I already had 4 Loop puzzles, so that was all of those I could put in. I made a Tapa and Nurikabe with the same clue positions. I at first tried to also make the Nurikabe clues to be the sum of the Tapa clues, but that didn't prove to be very fruitful. I then started doodling a bit and made a Small Regions Star Battle and wondered what type I could use these cages for. I eventually settled on Heyawake as that would allow me to add some clues and see where it goes. The regions were still very restrictive on the Heyawake genre, but managed to push it out with just 2013 as clues. Lastly I needed some Magic Square genres. I thought first about doing Skyscraper/Haido, but figured with multiple similar types, maybe I should try a more different type. So I made a Skyscraper puzzle, to which I added a number of clues to turn it into an Easy as Japanese Sums puzzle. I felt I was somewhat missing a division type puzzle, but I couldn't find a nice way to make 2 that fit into the theme. And when I had the puzzles tested it seemed like there was enough to fill the hour slot already.

I also wrote a LITS puzzle to be used for the finals, except that one wasn't used. It willbe posted at the end of this post.

I'm not too good at solving or writing Akari puzzles. For the hard ones, I always feel like I'm just guessing. I used to have the same feeling with Heyawake, but that's slowly getting better. The puzzle is one of the 2 really standard and easy ones in the set. 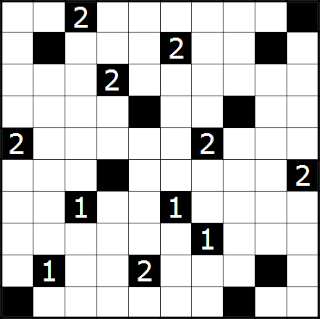 I wanted this one to be a bit different than my previous puzzle. So for this puzzle I used a more minimalist theme, with only 16 regions. This leads you to look for different things than in most normal Akaris. 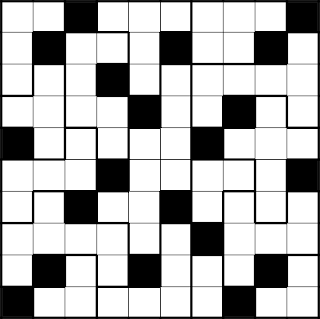 This was the first of the 2 puzzles I wrote. All 2 and 3 clues. I think it worked well. In Liar Loop puzzles with pentomino regions 3 clues are usually the least helpful, but I think I utilised them well here. 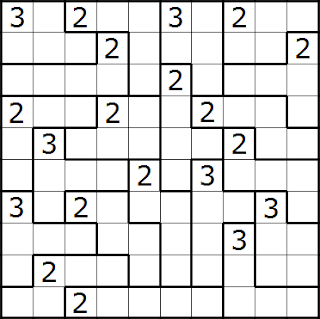 At first I was planning to make this one also all 2 and 3 clues, but that showed to be too tricky, so switched to all 3 and 4 clues. I couldn't make 2 cages work, except no clue was necessary in either to make it unique. 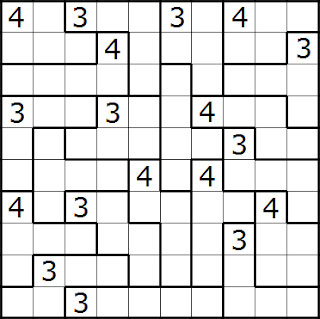 5. Slitherlink
I feel this Slitherlink was true to my style of design. A lot of standard Slitherlink deductions mixed with a few less ordinary deductions. It's still one of the easier puzzles in the set. 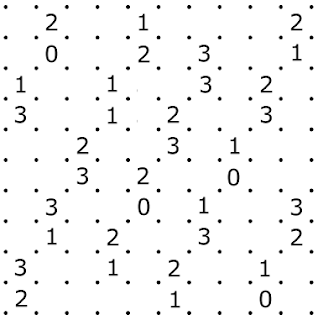 With a number of clues already given, this was tricky to design. This was made a bit harder by the fact that those preplaced clues didn't give as much information as I had hoped. I still made to set up a good solid opening, even tough one of my testers got tricked up by a bad assumption. 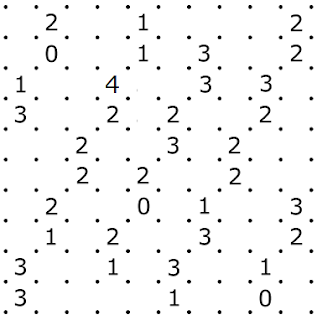 This was the second of the easy puzzles in the set. Ten clues for a 10x10 grid is very low, which led to a lot of standard deductions, with maybe a little bit more thought required at the end. 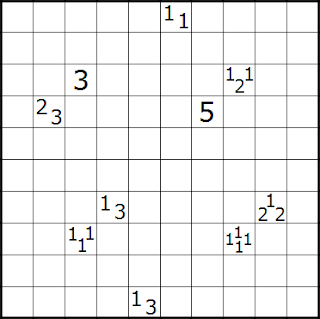 At first I tried to make the Nurikabe have the sum of each Tapa clue, except that didn't work. I kept some of that attempt in the puzzle though. You might not notice it now, as I rotated the grid 180 degrees after not getting it to work, so the openings wouldn't lie in the same part of the grid. 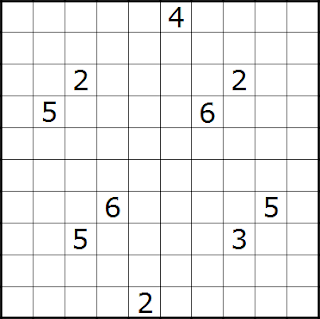 At first I wondered if I could make a puzzle with only size 5 regions, but that didn't go very far. So that's when I opted with only regions size 4, 5 and 6. This worked much better, and once I had the opening set up, the construction never really ran into trouble.

In this Star Battle puzzle each region contains only one star. 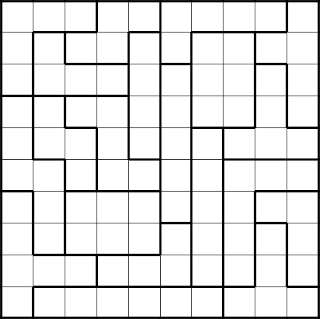 The high amount of one cell wide sections forces a lot of the puzzle. Once you have worked through the opening with the numbers, the rest gets all forced with Heyawake restrictions. This force did cause trouble regularly in construction relaising later on that the earlier placed numbers wouldn't leave for a valid solution. 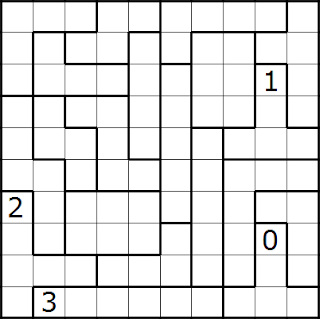 This is again one of the easier puzzles. I used to think that giving away a maximum sigit in a Skyscraper puzzle was just not done. But Roland Voigt has really shown me with his puzzles that this really doesn't have to be true. I think this is a nice puzzle, even with the 7 clue. 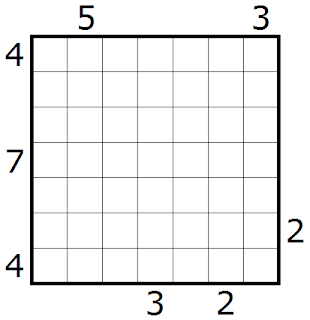 It was actually pretty tricky to get this to work as the Skyscraper clues really do very little in Easy as Japanese Sums. But when adding clues to set up an opening, they will quickly cause unforeseen trouble. The interactions of the clues is pretty tricky and testing caused this puzzle to be far harder than I had at first expected. 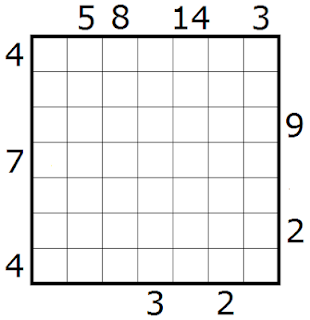 This was actually the very first puzzle I wrote for the championship. But when I started designing with the copycat theme, this puzzle really didn't work anymore. So that's why I submitted it for the final. I thought the POL cages looked nice as a final puzzle. The shading is otherwise meaningless. 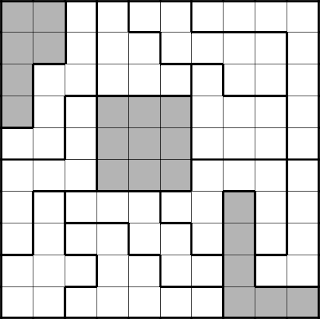