Here's the second part of the practise puzzles for TVC XVII. I didn't have as much time to make puzzles during New Years. We also went to see the new Star Wars move today. That took up some more time. A few variants I had some trouble making, so that they would be a bit interesting. I think they should help getting used to the variants.

The first puzzle is an Alternative Tapa. It's not too hard a puzzle. I haven't found a good way to make this variant to be influential, instead of just using it to make the puzzle unique. At least it looks nice and still fun to solve.
The second puzzle is a Tapa with Borders. I thought making the size a bit smaller would make it a bit more interesting. Although a 6x6 Tapa is not very interesting. But finding the grid will take a bit longer.
The third puzzle is a TAPA LOGIC. I think this is a nice puzzle. It was at least fun to think of the logic involved here. It should be fun to solve too.
The fourth puzzle is a Make Room For Tapa. This one took a bit of effort to make. I first tried to make the rooms fit some randomly chosen clues, but I couldn't make that work. So instead I designed the rooms first and then figured out which clues would create a unique puzzle.
The fifth puzzle is a Tapa Star. This is definitely the hardest puzzle in the set. I kept coming up with puzzles without a valid Star distribution. It is easy to create a Tapa wall without a star pattern apparently. You really need to work the stars to get to the solution in this puzzle. Approach it carefully.

I hope this set is again helpful and enjoyable. Don't forget about the secret Tapa.

Follow standard Tapa rules. Additionally, for each set of equal letters one is part of the Tapa wall and the rest must remain empty.

Follow standard Tapa rules. Additionally, within this 10x10 grid there is a 6x6 Tapa puzzle hidden. Find this 6x6 puzzle and solve the remaining puzzle. 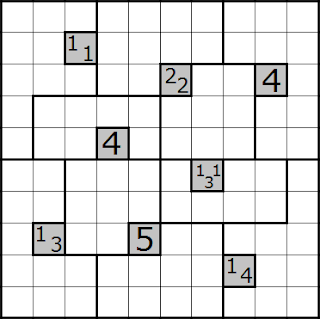 Follow standard Tapa rules. Additionally, place two stars in each row and column. Stars can't touch each other, not even diagonally. The stars must be placed on the Tapa wall. 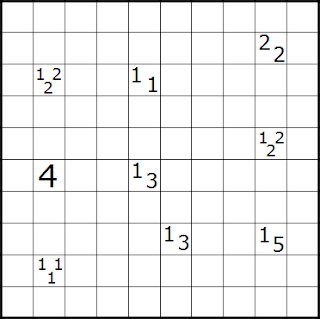