The last set of puzzles I provided to the Hungarian Puzzle Championship were four Doppelblock puzzles. They featured in the non-classics round.
I've recently started to construct these puzzles and having fun with them. It's one of the few suggestions I had for the non-classics round and this one fitted in best. As this is an uncommon genre I didn't have to put much difficult in but could keep the puzzles fairly standard.
The first puzzle is a 6x6 puzzle based around larger numbers. The placement of the black squares can be derived without placing any numbers. Nothing challenging about this puzzle.
The second puzzle is a 6x6 puzzle built around the number 0. The black square placement is a bit trickier than the first puzzle. Overall it shouldn't cause much problems though.
The third puzzle is a 7x7 puzzle. The increased size of the puzzle is mainly what makes the puzzle trickier. I like how the puzzle worked out. Especially the 2 column finish was really nice.
The last puzzle is an 8x8 puzzle. The clues are split between odd and even clues for rows and columns. The puzzle has a very narrow opening, which makes the solve tricky. I really think though that the logic and layout worked out very well.
Overall I think these four puzzles showed very well what's possible with this genre. So far I have limited to 8x8 puzzles, but I'm going to try to extend it to 9x9 and bigger as well. But I'm not sure if its possible to create them without giving clues in the grid as well. 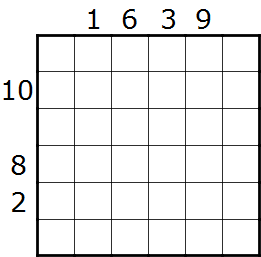 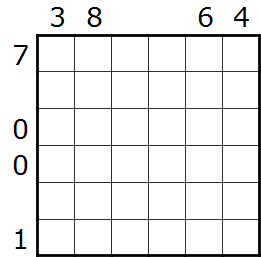 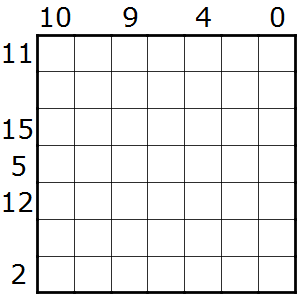 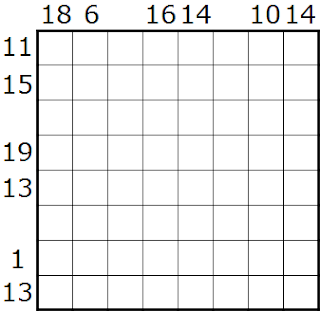