The third round of the WPC feature a number of classic puzzle type, with a slight twist. This slight twist usually means one of the main rules of the genre is broken and can't be applied while solving till you've fixed the twist. The twists in the puzzles not featured in this post are are an Easy as ABC clue in a Skyscraper puzzle, extra numbers in a Domino puzzle, empty cells in Kakuro and Arrows puzzles, 2 touching ships in a Battleships puzzle and an incorrect clue in a Four Winds puzzle.
I opted to design a Worms, Star Battle, Ariadne's Thread, Tents and Trees and Magnets variant. These were chosen for different reasons. Worms and Ariadne's thread I had never made myself and wanted to see how they are constructed and what the impact of the extra rule was. Star Battle I saw as the most dangerous twist to make a mistake in and construction clearly showed I was right as my first 2 attempts were broken as I had messed up with the twist somewhere. The Tents and Trees isn't so much different, but it was important to get one automatic solving technique out. the Magnets was just because I like designing Magnets and that was all for my own constructing pleasure.
I hope they are enjoyable, I surely enjoyed constructing them.

Rules:
Fill the grid with 5 cell worms, built of the digits 1~5 in order. Equal numbers can't touch eachother, not even diagonally. Every white cell has to be part of a worm. Some digits are given. Additionally, there is a single alien worm in the grid of length 7, built up of the digits 1~7 in order. 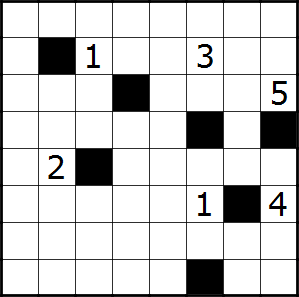 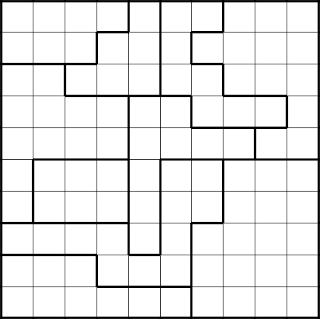 Rules:
Draw a line that starts in number 1 and through all numbers in order and ends in number 10. The line rune horizontally and vertically and goes through all cells. The line can't touch itself anywhere. Additionally there is a single cell in the grid where the line crosses itself. 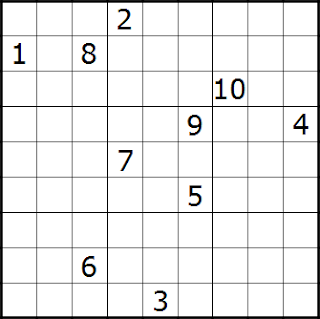 Rules:
Place a number of tents in the grid. Each tent is orthogonally connected to a tree. The tents don't touch eachother, not even diagonally. Numbers on the outside indicate how many tents are located in that row or column. Additionally, there is one tree that has 2 tents connected to it. 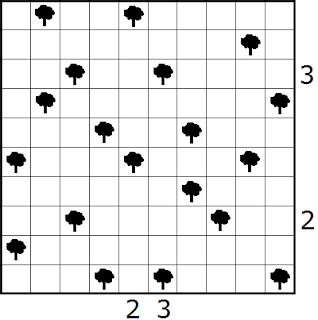 Rules:
The grid is divided into 1x2 rectangles. Some of these rectangles contain magnets. Each magnet is made of a + and - pole. Equal poles can't touch eachother by a side. Digits on the outside indicate how many + and - symbols are located in that row or column. Additionally, part of the grid is left undivided. Figure out the correct layout for this area.