Fidgety could be the word to decribe this test. It doesn't have to be, but it could be if you wanted to. A bunch of these variants have a chance to give unique puzzles that will involve a lot of trying without being able to be 100% sure you are on the right path. It's just this feeling that comes out during construction. I've tried to make the puzzles so that there is no need for it though. I'm not a good instinct solver, so I wouldn't want the test to turn out this way.

There's only going to be 3 puzzles in this post as the Irregular Tapa part I made doesn't match the rules for the test. I will try to fix it. I thought I had all rules clear, but it doesn't seem to be so anymore. The Fractional Tapa I haven't really been able to work out for how to design it nicely. I keep running into non-uniqueness for the fractional cells.
The Mad Max Tapa I think worked out well. It isn't like the example in the instruction booklet but has a more regular Tapa feel to it. This type could come out fidgety, where you get very little clues and/or a weirdly shaped grid where you just have to cram a lot of squares in it and hope that your solution is the max number. For this puzzle if you understand the ways to maximise the square count, you can solve it very smoothly.
The Dissected Tapa has some commonalities with variants you have encountered before. It needs very little clues to solve. This one can turn out figety too as it can be unique quickly, even though you can't find a smooth logical finish to it. This puzzle turns logically harder if you were to change the 22 and 6 clues both to a 23 clue, but I wouldn't like to see it in the test this way. This puzzle solves very easy if you get how to open the puzzle.
The Visionary Tapa is probably the best practise out of the 3 as I see no fidgety variant for it. I'm most sure of it appearing similarly in the test. I do think the clue type makes for a challenging solve, where the difficulty of the deductions doesn't really matter. I find it tricky to keep looking at the right distance for the second set of clues.

The puzzles can be found below. 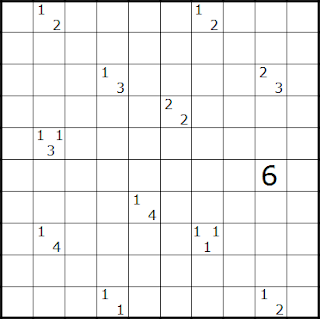 4. Dissected Tapa
Follow Regular Tapa rules. Additionally the Tapa wall and the unpainted cells form 2 congruent shapes. This means they have the same shape not counting rotation or reflection. 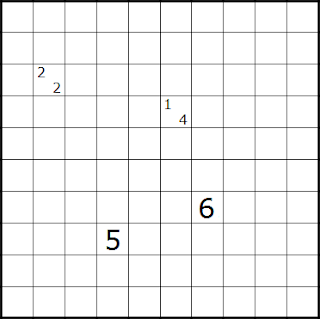 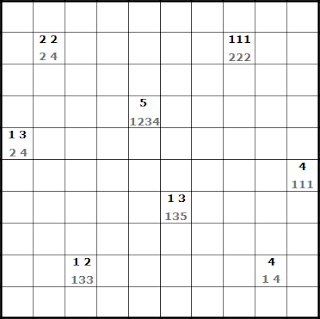