I took this puzzle type from the Dutch Sudoku Championship. It was my favourite puzzle in the set (puzzle #6). I hadn't seen this variant before. Not a very creative name I gave it, but I think it covers the idea.

In this sudoku, the numbers on the outside indicate the sum of the highest and lowest digit in the first three cells seen from that side. 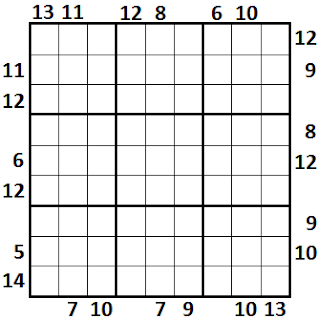