I somehow didn't think a set would be complete without a Sudoku. I first thought of putting in a variant, but I was too lazy to actually make a Sudoku. I still had this puzzle lying around, which is the only successful 20 clue Sudoku I have ever made. I thought it was relatively tricky, but it doesn't give so many places to start. So I figured people would quickly start looking at where the openings were. 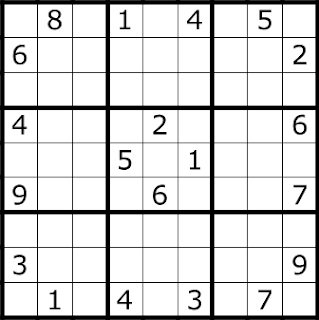