This is so far the only genre I have made, that have also been made by other people. I like to see them from other people. They will also have a different feel from when you made them yourself. Also more fun if you don't know exactly how the puzzle is set up.
It's not that uncommon for puzzle types that people like only to made by its developer though. If you only look at Naoki Inaba's website and then try to find the puzzle ideas he thought of somewhere else. Very few of those are found anywhere else.
This puzzle I wanted to see if I could make all triplets of given sums to be consecutive. It worked out nicely even though the opening is a bit tricky to figure out. 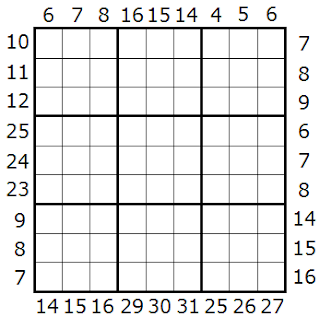