Returned from the World Sudoku and World Puzzle Championships, seemingly in one piece. A few bruises and scrapes over my body is all I have left over from it. Finished nicely in 5th place after the 2 days of puzzling, which came as a surprise to me. I was expecting to have to battle really hard for a place in the top 10, but always remained comfortably in 4th or 5th place through the 2 days. Maybe on location competitions just suit me better than online competitions. Or maybe it's just that I am far more focussed sitting on a desk in relative silence opposed to solving online competitions in a lazy chair with the tv in the background. A bit too bad on my play off performance. A lousy No Four in a Row solve, a dumb Battleships solve and a stray circle in my Pointing at the Crowd puzzle, made me just miss out making the 7 person cut. I'm happy with my overall performance none-the-less.

Now back to actual puzzles. I know some people might have expected something special for number 50. I have been working on two ideas which were far harder than I had imagined to complete. I'm not even sure if one of them will ever work out, but it's nice to try challenging myself. As I couldn't complete either of them and I hadn't posted anything in over a week, I figured I should at least post something.
I've had a few of my puzzles published in Akil Oyunlari. It contains four Turning Fences and two Ripple Effect puzzles by my hand. Some of the Ripple Effect puzzles I had submitted were considered too hard for the magazine. I had somewhat expected they might be, but then again it said I could make some puzzles as hard as I wanted. I really loved the design of those puzzles, so I'm posting them here now. These two Ripple Effect puzzles have some very noticable designs. The first has a cute four by four square in the middle, which I've used in other puzzles before. The second has a nice stairs pattern in the right bottom corner. I hope you enjoy them. 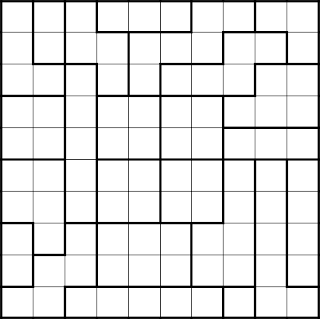 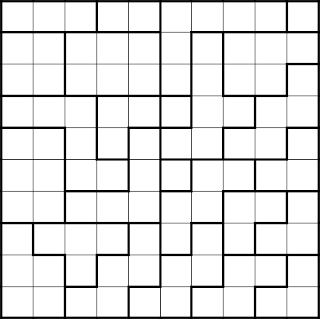