In the weekend of 7-8 September, the Czech Sudoku and Puzzle Teams Championships were held. The championship was held in Brno. The teams competed in a number of team and individual rounds over the weekend. The Sudoku event was won by the team of Michaela Bieliková, Matúš Demiger, Zuzana Hromcová and Jakub Ondroušek. The puzzle event was won by the Hungarian team of Zoltan Horvath, Pal Madarassy, Major Boglár and Zoltan Nemeth. Full results can be found here.
All Sudokus and puzzles of the championship can be found here. I also provided some of the Sudokus and puzzles for that event. This post will contain all my puzzles.
All my puzzles featured in a single round, together with 2 other puzzles. I hadn't written these puzzles to be a complete round and just wrote a number of different puzzles. It was Karel's idea to use them all together. I chose to write a number of common puzzle types, a number of uncommon and a number of variants of common types. So it's a good mix of puzzles to be featured in a single round. They are mostly puzzle types I had written before, so I knew what to do with them. I'm happy how they turned out and think it was a good mix of easy and hard puzzle.

Rules:
Divide the grid into a dominoes, so that every pair of digits appears in one domino. 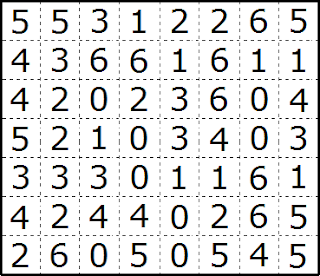 This is a standard Slitherlink. I think it's comparable to the kind of Slitherlinks I tend to write. A bunch of standard patterns, but not completely standard a solve. 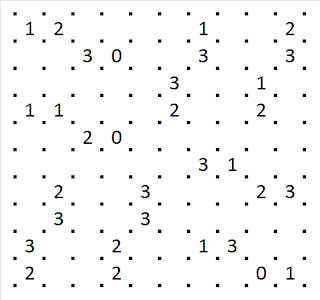 These Snake puzzles are one of the most standard genres for me. I like to solve them. It's a logic that suits me well. I wrote another minimal clue Snake puzzle, which I also did for the recent UK Championship. The four sixes set it up pretty well I think.

Draw a one cell wide snake in the grid that doesn't touch itself, not even diagonally. Numbers on the outside indicate how many cells are occupied by the snake in that row or column. The head and tail are given. 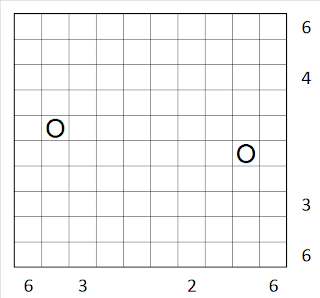 This is another one of those types I grew up on. I wrote the CZ shaped black squares in the grid first. Although originally the Z looked different, but by making this edit the puzzle had a solution, so I figured I could make this Z look a little bit odd. I decided to go with few clues for this one as well. It seems to be by a distance the hardest puzzle in this group of puzzles. I think the Pentomino part comes into play better by only adding a minimal number of clues.

Rules:
Place all 12 Pentominos in the grid so that they don't touch eachother, not even diagonally. Numbers on the outside indicate how many cells are occupied by the pentominoes in that row and column. Pentominoes can't be placed on black squares. 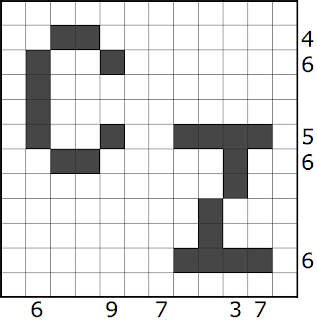 I didn't want to make this puzzle too difficult. So I employed a few pattern snumerous times. If you can figure those one out, you should get pretty far into this puzzle. 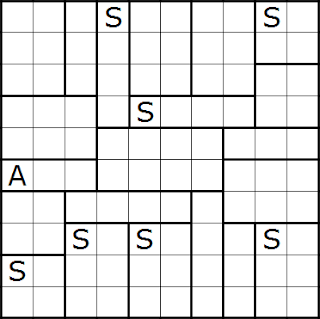 This is the first of this variant I have written. I had tried a few times before, but it often led into puzzles that had no solution. It took a while to get the hang of how to design these puzzles. I think it worked out pretty well. I added the left top 111 section to make it instantly clear this couldn't be a standard Nurikabe.

In this Nurikabe, the no 2x2 square rule does not apply. Instead the wall can't form a line of 5 or more consecutive squares in any row or column. 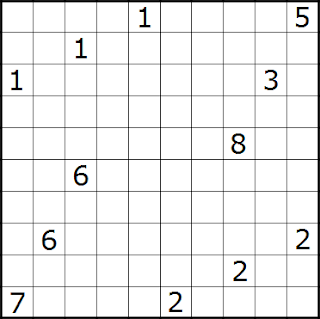 I like this type. It always seems to be a fun solve, even though it might often be a similar solve. This one has clues dividable by 2 below and clues dividable by 3 on the right. They're almost in order. I like how it worked out. 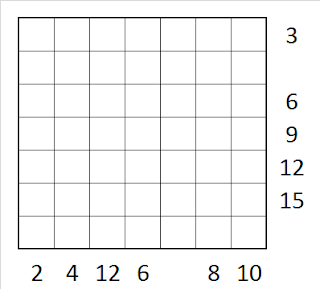 Many people seemed to like the genre when it appeared in the Puzzle Marathon. So that's why I decided to include it in the set of puzzles. It was an uncommon genre but I figured many people might have at least seen that genre there. It uses 6 cell regions with a 2x2 region in the middle. It's a nice way to divide a 10x10 grid. 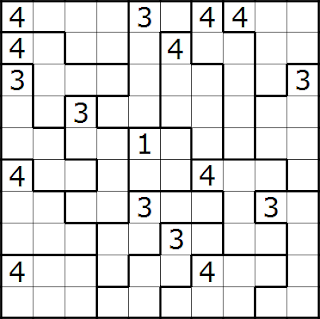 This is a genre I also used for last years 24 hour puzzle championship. I really enjoy solving them. Making them can be tricky as you don't want them to turn out exactly the same as the previous one. I think the solve is still somewhat similar, but I think it's a fun puzzle to solve.

Rules:
Draw two closed loops by connecting centers of cells horizontally and vertically. The loops can't touch or cross themselves or eachother in any white cell. Each white square is visited by one of the two loops. Cells with circles are either visited by both loops or neither of the loops. When the loops go through a square with a white circle they always go straight. 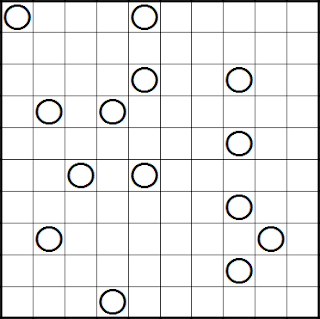 This genre comes from the 2011 World Puzzle Championship. I liked solving them then. Although I ultimately got knocked out of the playoffs on an error I made on one, I still liked it. This is the first time I wrote one successfully. I had tried it before, but couldn't really figure how to get started. I had asked Zoltan Horvath before how he did it, so I figured I'd give it another chance. I did have to adjust the shape of the grid a little bit to be able to make it unique. This also explained to me why not all puzzles were in a nice shaped grid at the championship. Sometimes you just can't make it work, but then you notice it does work when you add a few extra cell, in which you can place one arrow.

Rules:
Mark some cells in the hexagonal grid so that each arrow is pointing to the direction with the most marked cells. That direction, as seen from the cell of the arrow, must have strictly more cells marked than any of the other directions parallel to one of the sides of the hexagon. 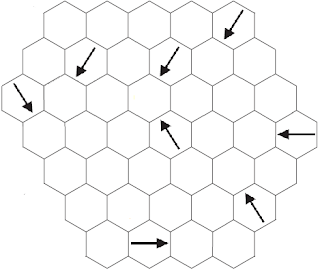