So, this genre was developed while making this set. I was originally planning on putting in a Maxi Loop puzzle. But that ended up turning into a new genre. I was really happy with how the genre and the puzzle turned out. The test solving got positive feedback as well, so I figured I'd have a good new type. I first thought of keeping the genre only to the 24 hour puzzle championship, but as I had fun designing them I decided to just make one for the forum too. That way someone who followed my blog got a little advantage in the championship. That might be a tad unfair, but following my blog should be worth something.
This puzzle can also be used to get some practise in with Liar Loop solving. This will be handy for the puzzle that I will be releasing for Sinterklaas on monday. It's my present to you. It was originally planned as puzzle 50, but I didn't come close to acchieving that in the amount of time I had. 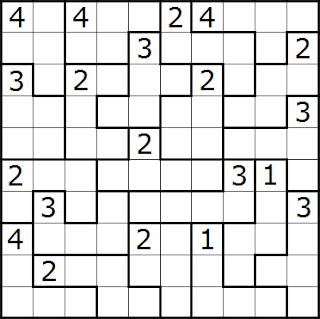