This is the first practise puzzle for this year's UKPA Open.

This is the first Norinori puzzle I have ever written. I wanted to avoid using a domino region as an opening. This is one of the two I found. It is also the harder of the two. This puzzle is pretty hard as there are some key deductions to be made in the middle. It wasn't something I had used myself in a Norinori puzzle before.

Colour two cells in each black-bordered region, so that each black cell shares an edge with exactly one other black cell. Black cells may touch within a region, but don't have to. 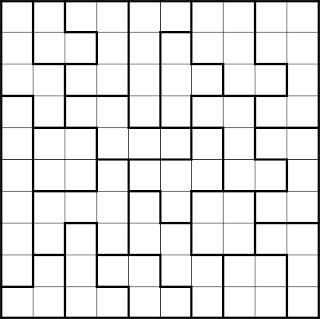