This is the fourth practise puzzle for this year's UKPA Open.

Originally this was going to be Pentomino Areas. But when I remembered this type, I had the option to push that down to Tetromino Areas. The first puzzles of this type I've seen are form Richard Stolk. I always find them a bit tricky. I was a bit afraid including this type as I thought they might turn out too hard. I wrote a number of these puzzles and selected the two I thought were easiest. This is the hardest of the two because it has a bit narrower a path. It also felt a bit different than I normally encounter in this type. I thought this was actually easier than normal.

Place the given pentominos in the grid so they don't touch each other, not even diagonally. Pentominos can be rotated and reflected. Each black-bordered region must contain three coloured cells that belong to two different pentominos. 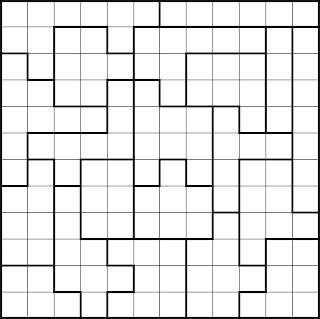